Osiris is a cafe that has kept to its concept almost completely unchanged from the very first days of its opening. The colour scheme of the interior is still black and green, the tables and the bar counter have not been replaced for a quarter of a century and are still intact. However, it is not only the postmodern interior style that has been preserved practically unchanged. In Osiris, the visitor can feel the same intellectual spirit that evolved there 25 years ago. 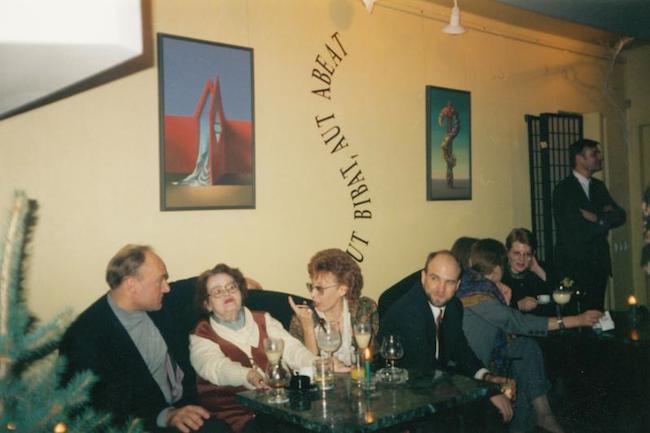 During the first years of operation, the motto of the bar was written on the wall inside of the cafe: “Aut bibat, aut abeat”(Either drink with us, or leave – Lat.). The concept in the mind of ours prior the opening was as follows: coffee, newspapers and a good music. And wine. Since then, Osiris clientele has been subtle, elegant connoisseurs. For that reason, also the setting at the bar has been designed so that the bottles with various drinks are not displayed on the shelves. Instead, you can see only glasses there. It is the shape of these glasses which tells the visitor what kind of drinks are served in the cafe. 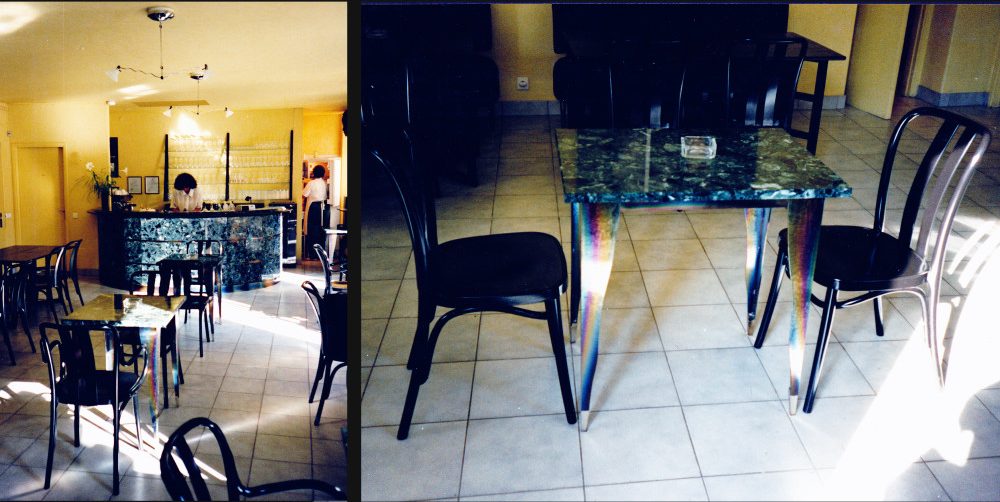 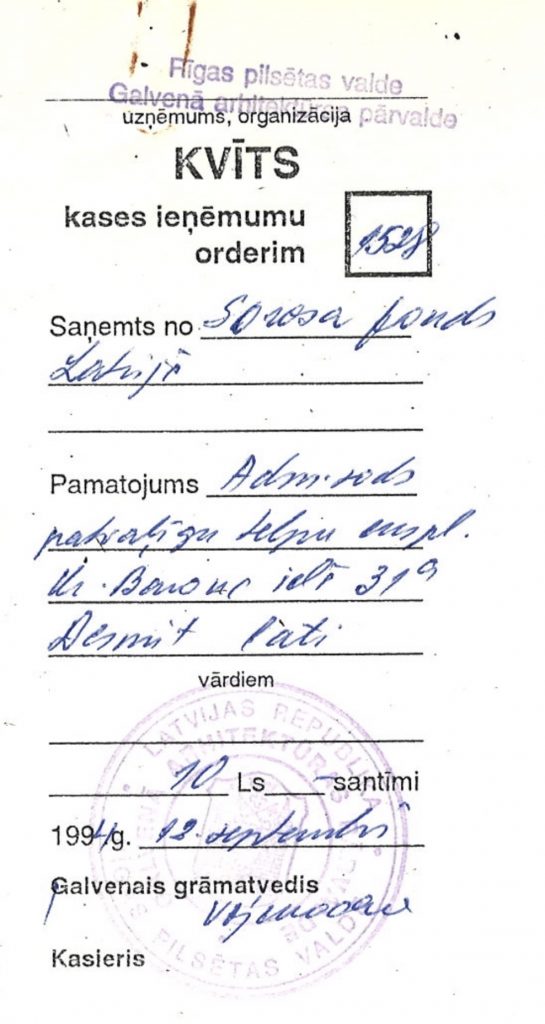 25 years ago Osiris was an experimental and innovative project. Lots of things that are taken for granted today, were something new and challenging back then. Black fabric was not used for the interior at all, and, hence, was not easy to get. Therefore, sofas for the cafe were covered with a material originally used for making coats. We ordered the table surfaces from Italy, but the legs were made and covered with specific coating in a small Latvian factory. At the same time, the chairs were brought from IKEA in Germany with great efforts. Also, fireplace in the restaurant was something unseen in Riga.

During the construction works of Osiris’ some spontaneous changes were implemented in the façade of the house designed by Teodors Hermanovskis. The glass for the windows facing Lāčplēsis street did not fit the frames. We took a daring decision on the spot to widen the frames. As a result, the building obtained panoramic windows on both sides of the façade. This led to a fine for an illegal construction works for Osiris by the local authorities. Surprisingly, the fine was issued in October while our activities took place at the end of April. Although we dared to change the visual look of the building, today we believe that this modification does not look bad at all.

Back in the days of making the cafe, the owners granted us total freedom for implementing our design ideas. Today we have immense pleasure to come and see that everything refering to our concept has been respected and remains almost untouched. It is a real wonder that café Osiris has survived for such a long time. Perhaps because it has not changed anything regards its interior, as well as the atmosphere. 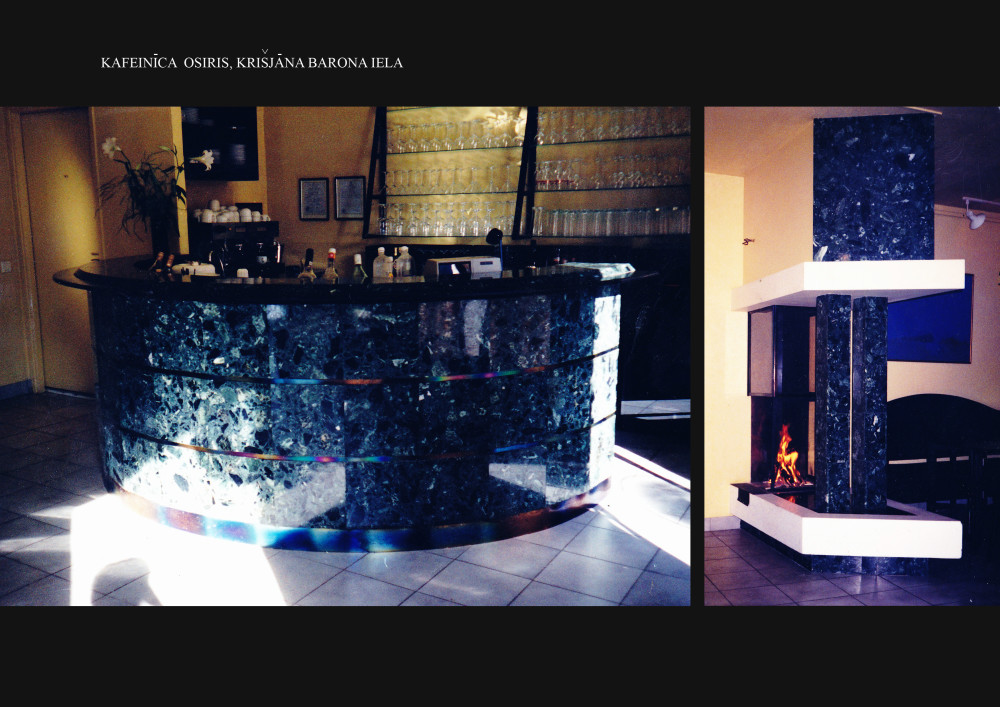